Issue 584: Return to The Trio of Fall Globulars 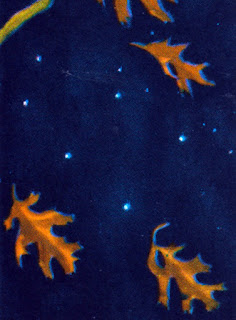 It’s been hot and stormy down here on the borders of the Great Possum Swamp, muchachos. Real hot all summer long, and real stormy, as in nearly daily thunderstorms. Now, though, September is dying and summer with it; the Autumnal Equinox is upon us.  What better time for stargazing can there be as the nights grow cool, but not cold (at his advanced age, your Uncle dislikes cold even more than heat)?

Yeah, what makes autumn great on the Gulf Coast is the blessed relief it offers from the heat and humidity (and bugs) of summer. We are prone to equinoctial gales, and it can still get hot as September wanes—your Uncle well remembers the sweltering, un-airconditioned Possum Swamp classrooms half a century ago—but it’s often drier, and the nights can be cool and gentle.

Those milder nights are one of the two things that encouraged Unk, who’s spent most evenings the last three months in his cool den, to get into the backyard. The other thing? A new telescope, the SkyWatcher Virtuoso GTi 150P 6-inch Newtonian I’m writing a Sky & Telescope Test Report about. You’ll get to read that in the magazine in due time, but tonight our focus is on where I went, not how I got there.  Our destinations are the three fabulous autumn globulars I wrote about in The Urban Astronomer’s Guide years ago.

As I said then, one of the best things about early fall is you get the best of both worlds:  the autumn objects are on the rise, but the multitudinous wonders of summer are still available under more comfortable conditions. As I also opined in the book, on these nights who isn’t going to make Hercules’ Great Globular, M13, the first stop on a sky tour? I hope to come back to it in the next few weeks and take my yearly portrait of the Great One, but on this night, I would just see what a “little” 6-inch Newtonian could do for it with your aged Uncle’s fading eyes.

The only question was “when?” When would I see much of anything? We were experiencing the same heatwave much of the country was under, as in “feels like” temperatures over 100F. Then, a nasty tropical storm, Ian, which quickly developed into a hurricane, drew a bead on the Gulf, heading for our neighbors in Florida. The strange thing? The downright weird thing? That coincided with cool temperatures (upper 50s) and clear skies in the Swamp. You can bet I wasted no time getting scope to backyard.

Telescope goto-aligned, I mashed in M-1-3 (on my iPhone, not a hand paddle), and we were off. When the slew stopped, there was M13 looking pretty bright and bold. Now, it is fall and this is a “summer” object, but as above, the summertime wonders hold on well into deep autumn. The King was 50 degrees above the horizon and was really perfectly placed for viewing with an alt-azimuth telescope.

How was he looking? Very good indeed. The ground truth is while a 4-inch telescope—of any design—is a portable, handy instrument, M13 just ain't much in one in the suburban skies many of us labor under. In the 6-inch this evening, on the other hand, the cluster was large at 75x, and I didn’t have to guess at stars…resolution was obvious. A higher power ocular would no doubt have delivered more, but it was a satisfying view.

M13’s lustrous beauty admired for an appropriate length of time, the little scope and I bopped over to neighboring Herc glob M92 for a look-see. And looking good it was with a scattering of resolved stars. Of course, despite what you may hear down to the astronomy club, M92 is not in M13’s class—or in M5’s. If M13 weren’t there, it would still be a second-stringer. Next up? That trio of globs…

M15 ("The Horse's Nose Cluster") in Pegasus is one of those objects that always look good in smaller scopes from city or suburbs, but never approach what they can be from a dark site. As I wrote way back when: “Unfortunately, under the poorest skies with telescopes 6-inches in aperture and smaller, all you may see is M15’s preternaturally bright core.” As I also wrote, an 8-inch in the suburbs can bust this glob into hordes of stars under decent conditions.

How did the 6-inch fare from the noticeably better skies I have in West Possum Swamp? As you might expect, it was between the two extremes.  Even out here under reasonably OK skies, in a 4-inch at low power the cluster can look like not much more than a fuzzy star. But in the 6er, even at just 30x, it was obvious there was a globular in the field when the slew stopped. I’d be lyin’ if I didn’t say I missed that extra two inches of aperture oomph of an 8 inch, though. But, still…not bad.

Increasing magnification even revealed a scattering of tiny, tiny Suns, though not many. However, yeah, the view was better than what I get in any 4-inch in the backyard, game over, end of story, zip up your fly. And resolution or lack thereof notwithstanding, M15 was beautiful, glowing like a dying ember in the subdued autumn heavens.

Aquarius’ monster glob is a spectacle with almost any instrument, though in a 4-inch Newtonian like I used for my Urban Astronomer observation of it, it is as I said in the book, more tantalizing than anything else. In my old Palomar Junior from Chaos Manor South’s backyard downtown, it was nice. Good, even. It obviously wanted to resolve, but nary a star did I see. On this evening from the better skies of suburban Possum Swamp with two more inches of aperture, the graininess resolved into hordes of Suns.

When I was a young observer, I didn’t visit M2 as often as I should have. It was to the south in the star-poor “water” constellations of fall, which were often down in the haze. You young’uns with your gotos and computers don’t have that problem. You can visit M2 anytime you like with the push of a button. Do so; you will be rewarded.

Great googlie-wooglies! Did this one ever give me fits when I was a kid out in Mama and Daddy’s backyard with the Palomar Junior. It was a Messier, and it should have been easy to find in the little constellation, Lyra, but I couldn’t see even a trace, not a dadgum hint of this globular star cluster. The problems with this one are it is loose and it is distant. I never saw it, as a matter of fact, until I’d moved up to a homebrew 6-inch from the Pal Junior.

This lovely evening? Oh, there was no doubt in my formerly military mind it was there. But it was, as I expected, just barely there. It wasn’t even a fuzzball; it was largish smudge on the sky. It was a “been-there,” one of those objects where you tell yourself you have to be happy just having been there. Frankly, to make this one look decent takes a 12-inch telescope far deeper into the suburban-country transition zone than my backyard is.

And that was a wrap, muchachos. The clock was creeping on past ten, which is late-late for your now-aged uncle, and the call of the den and the TV and maybe a sip of the Yell was strong. If you have the Urban book, you know I visited a number of fascinating objects beyond the trio, but I think maybe we’ll save that for a part 2 where I’ll give those even more subdued objects a better chance to shine, maybe with my 8-inch SCT…or maybe I’ll even get the 10-inch, Zelda, into the backyard after a long, long layoff. 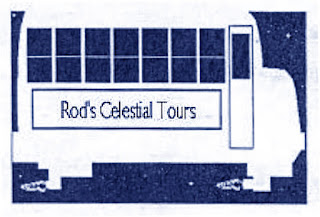 And so ended my evening. One thing this 6-inch f/5 certainly has to recommend it is it’s a joy to bring inside: no disassembly required. Picked her it up, hauled her into the sunroom, and in five minutes I was on the couch drinking a cold 807 and watching television with the cats.

What else? As I said last time, I’m getting my tabletop space program back underway. Artemis, it seems, has re-lit a little of the old fire for space in me. One change:  I decided to set the Gemini aside for now and build a Saturn V to make up for the one that was lost in our move (apparently; it seems nowhere to be found unless it’s in the attic, and it’s been too hot for me to check). I also intend to do a Launch Umbilical Tower for it. I’ll let you know how it goes when I make some progress. For now? Back to that aforementioned TV and those frosty 807s…and maybe if I dare…even a little of the old Rebel Yell…ciao!

I think your opening picture is from the book "Stars". I always wished I could get a wall hanging sized version of some of the pictures in that book. I especially love the one for winter, with mighty Orion set above a snowy landscape. I still thumb through my copy often.

Thanks for another nice read. Looking forward to your review of the 150P in S&T.