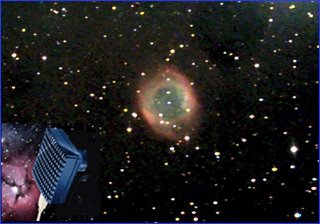 "Uncle Rod, how much do I have to spend for a camera before I can take good deep sky astrophotos?"

That used to be a simple question to answer. You spent 100 – 300 dollars for a 35mm camera body and prepared to spend thousands on film and processing. In addition to money, you'd also have to be willing to invest hundreds and hundreds of hours in learning and trying before you began bringing back recognizable pictures of deep sky objects.

Oh, that’s all changed now, of course. Technically minded amateurs will probably be able to get at least recognizable images of deep sky objects on evening one with a new CCD cam. But there’s always a catch, ain’t there? Yep. Now you have to spend thousands UPFRONT before you can take your first fumbling image.

A lot of that depends on what you consider “good.” At the top of the line for most amateurs, at the SBIG ST11000 level, your camera alone will run you something in the neighborhood of 10,000 of those li’l green pieces of paper you work so hard for. What do you get at that price point? A big chip and results (in the right hands) that can potentially be far better than anything you could have done with medium format film a few years back.

If 10,000 dollars—or e'en three or four thousand for one of SBIG's very capable midground cams—is too much according to mama (or papa)? If you’ve got a passel of kids needing new shoes, a mortgage, and a new car payment to deal with? You could go the DSLR route. If you’ve already got a Canon Digital Rebel or one of her Nikon sisters that you bought for snap-shooting hubby or wifey and the kids, you are in bidness. You won’t get results like you would from a big SBIG or Starlight Xpress, but you’ll get good deep sky pictures eventually, and it may be a little easier to learn how to do that with your DSLR than with a “real” CCD cam. You are, in other words, in like Flynn.

You wanna take pictures and can’t round up the cash for a DSLR? Have you considered an astro-Holga instead?

You know what a Holga is, don’t you? It’s a plastic 120 format box camera that has become the darling of art photographers (http://en.wikipedia.org/wiki/Holga_camera). The Chinese-made Holga is simple and it’s junky—to the max—but in dedicated hands it can take astonishingly beautiful images. The astro Holga? I’m talking about the Meade DSI, the orginal color version, of course. 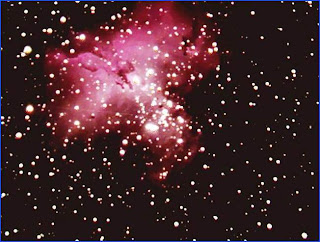 The “DSI C” is a one-shot color, uncooled camera that, assuming you have $299.00 to spend and a computer of some kind you can use at the telescope, can get you taking all kinds of deep sky astrophotos in a hurry. NO, you won’t be making Jack Newton sweat, but you will be bringing back full-color images of amazingly distant marvels. When you see the delicate spiral arms of M101 jump off your monitor screen for the first time, you’ll be made a believer in this simple and good little cam in a right quick hurry, that’s for damned sure.

"Cheese…an uncooled camera, though? How is that gonna be? How about all the NOISE?"

Yeah, the DSI-C is completely uncooled, and that means thermal noise will always be a factor in its images. I won’t lie to y’all. The DSI’s pictures, especially those done with shorter integration times for subframes, are a little noisy, but it's subtle enough in final, stacked images that you can probably learn to live with it.

How good your DSI results will be depends mostly on how much time you’re willing to spend learning how to process images. Careful, skilled processing can make the pictures that come outa this basic CCD camera look pretty snappy. Spending time learning image processing is a Good Thing, anyway, and will stand you in good stead if you move up to the astrophoto major leagues some day. 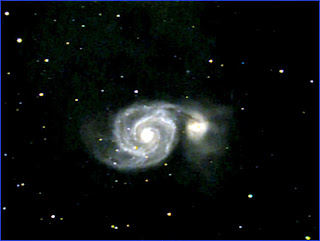 If you want to spend a lot of time larning how to tweak images with a computer, that is. If you don’t, you can, like your old Uncle Rod, just be content to consider that the less than perfect images you turn out are your your “cosmic postcards,” little mementos of your personal deep sky voyages. One thing’s fer dang sure: no matter how fumble-fingered and lazy you are with the DSI, you’ll still come home with much more detailed images than you would have in the film days.

Don’t let me give you the impression that the DSI is totally incompetent as an astrocam. It is not by any means. One was used, for example, to produce the discovery image of the recent supernova in M51.

One really good thing about the DSI is that it greatly minimizes the importance of mount and guiding quality. If your scope can manage untrailed thirty-second exposures, at least every few frames, the software that comes with this camera can easily produce good final images.

"How about the other DSIs? The new ones. The DSI Pro and DSI II cameras?"

Yeah, they produce better images, images more like the mainstream CCD cams SBIG and Starlight Xpress sell, but, in some ways, I think that’s gilding the lily. Accept the DSI as the Holga it is and be happy with that if you can. If you find you just can't be happy with your DSI's slightly noisy and pixel-crazed images? If you need more-better-gooder than what the 299 buck basic DSI can produce, you might want to save them pennies for a, say, ST2000 and the MAJOR improvement one will bring to your imaging instead of spending for a somewhat better DSI Pro or II.

If I wanted to get all arty on y’all, I’d suggest your goal as a 21st century imager shouldn’t be to strive for photographic-quality or photographic-looking results anyway, but to instead relish images that are obviously a product of the digital age. And the DSI’s sure are that, in spades.

Again, I won’t gloss over the truth. My ST2000 is capable of producing pictures that blow the DSI out of the water—er… "sky.” In some ways the 2000 is easier to use, too. No fiddling with short exposure stacking. Want a picture of 10 minutes exposure duration with round stars? Hook the 2000’s autoguide output up to your mount and shoot away. What will you wind up with? Tiny round stars. That’s what three grand buys you. 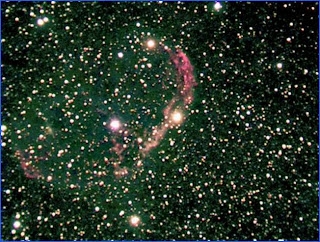 Yeah, SBIGs and Starlight Xpresses are great, but. You might enjoy spending some time with the DSI, even if you own a “better” camera. the li'l Meade is capable of going surprisingly deep with a very simple setup, and sometimes “simple” can be a refreshing break from the astrophoto highlife. The image of the Helix at the top of this entry is a completely uncalibrated one—no darks, no flats. It’s also an unguided one shot through William Optics’ remarkable little 66mm APO refractor. The WO rode piggyback on a C8 mounted on one of Celestron’s inexpensive ASGT CG5 mountings. Total exposure time was 10 minutes in the form of twenty thirty second exposures. What did I do? Started the exposure and wandered around the field to annoy my fellow observers--no fuss, no muss, the DSI and its software do all the work.

The Helix image? I like it for what it is. Is it art? Maybe in a Holga sort of way it is.

If you’d like to see more of my Holga-style imaging, see my “Instamatic” astrophoto page at http://skywatch.brainiac.com/deepweb/index.htm