The End of the Road for the SCT? 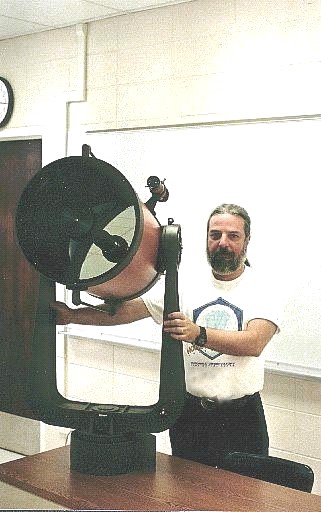 Unlikely in the extreme, muchachos.  After all, this venerable telescope design has been around basically unchanged since 1965 or thereabouts.
Actually, the real answer is “yes” and “no.” Certainly, there is still and will continue to be a market for inexpensive SCTs in the classic (near) all-spherical design used by Celestron and Meade (Celestron does do some minor aspherizing to its secondaries).

These "standard" SCTs are easy to make in a mass production setting, and produce good results for most amateurs. Yes, stars do tend to gain weight and lose shape as they reach the field edge, but this has until now been a minor annoyance, and folks bothered by it have found the ubiquitous f/6.3 Reducer-Corrector does a good job of fixing the SCT’s field edge faux pas due to field curvature. That r-c won't do anything for the SCT's inherent coma, but that is pretty low...comparable to what you'll see in an f/6 Newtonian.


That said, there’s a growing number of amateurs who want Schmidt Cassegrains, but also want better Schmidt Cassegrains. Some of these folks are driven by the fact that CCD chips are getting bigger and bigger. When SBIG introduced its amateur-oriented big-chipper, the STL11000, I wasn’t concerned. Who would want (or need) to use such a large chip with an SCT? But people do want to use this camera with SCTs, it seems. These people are producing some great images with the STL11000 on their CATs, but there’s no denying the big chip makes the “field-edge problem” more serious.

Frankly, though, only a relatively few amateurs are going to equip themselves with the 11000 (or comparable cameras). The entry level price of almost 9000 dollars sees to that. B-U-T…lots and lots of amateurs are beginning to use digital SLRs like the inexpensive Canon Rebel with their SCTs, and the CMOS chips these cameras are equipped with are, you guessed it, BIG compared to the sensors in most of the electronic cameras we've been using so far.

Add to these two groups a younger generation of amateurs who’ve cut their teeth on small apochromatic refractors and who, though they want to move to the larger apertures offered by SCTs, simply demand “more-better-gooder.”

What’s the answer? Initially, I thought it would be a new design generation of Reducer-Correctors. Many of us shot pleasing 35mm deep sky images with the R/Cs. Not perfect, maybe, but good. And the f/6.3 R-C does do a good job on the C8. Unfortunately, though, it doesn’t do as well on larger SCTs, and vignetting is an annoyance even on an 8-inch (and becomes more of a problem with sensitive CCD chips).

I thought it would be natural, then, for somebody to come out with a better reducer, maybe a larger aperture one that would use the larger rear ports on the larger than 9.25-inch SCTs, and that everything would again be rosy in spherical SCT land. That doesn’t seem to be happening. Other than the Meade/Celestron 6.3, there ain’t much out there—nothing at all, really, that’s designed specifically for SCTs or that improves dramatically on the “standard” f/6.3 R/C.

Then, all of a sudden, everything changed. It appeared an improved reducer would be a moot point. Meade, you see, introduced an improved SCT design. This momentous occasion was, unfortunately, overshadowed by the company’s decision to call this (aplantic) SCT design a “Ritchey Chrétien” (for marketing reasons, I guess), and by the criticism and lawsuits that followed from this decision.

Look, it’s pretty clear what Meade’s new design (used in the RCX400 and in the LX200 replacement, the LX200R) is, it’s an SCT. The scopes use a CORRECTOR PLATE (somewhat but not a lot different from a normal corrector) and a SPHERICAL PRIMARY (the same as in their other SCTs). The major difference is in the secondary, which is not a sphere in this design but (I’m told) a slightly overcorrected parabola. It has nothing in common with a “real” Ritchey as far I can tell other than that both telescopes are descendants of the original Cassegrain design.

Be that as it may, the new Meade telescopes offer a real improvement over all-spherical SCTs in the degree of coma present. NO, this improvement is not dramatic visually, though you can tell stars are “smaller” at the field edge. This design is not just advertising hype; it does make a difference when you’re imaging with large chips.

So the spherical SCT is doomed? Maybe. Probably not. In addition to the fact spherical SCTs will perhaps remain cheaper to make and sell, Meade appears to have bungled the introduction of the RCX. Not just in their unwise decision to refer to it as an “Advanced Ritchey-Chrétien design," but in their QA failings. Far too many of the scopes seem to arrive DOA, and are shortly on their way back to Irvine, California. These problems rarely involve the optics, but they do tend to create the perception that the RCX is a lemon. I hope Meade doesn't decide to throw in the towel on the new SCTs

That would be a shame because the new Meade telescopes really do take us to the next level SCT optics-wise. It is time for a change in my judgment, and the RCX does show the SCT can be done better.
# posted by Rod Mollise @ 10:41 AM

Comments:
Ammo Box!? he he

What about the Faststar option with Celestron?

Don't really need to tell people this, but ignore the spam url in the last comment. It's a site run by a guy pretending to be someone else who hates Uncle Rod and uses this Ian Hill Smith alias to hide the fact he's making abusive statements about Unk on various lists and chats