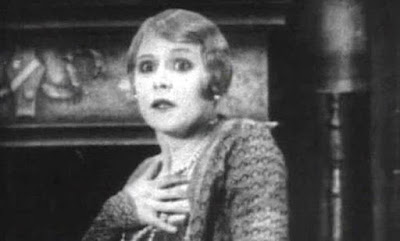 Lots of amateur astronomers in the blue camp sure are feeling it. Anxiety. Uneasiness. Maybe even STARK, STARING, FEAR! What, oh what, is going to happen to their favorite telescope company, and, by extension, to those lovely Meade telescopes they own should they need service? I'm sorry to say we still don't have the answer, though we do have a little more info.


As you’re prob’ly aware if you’ve been reading the li’l ol’ blog from Possum Swamp regularly, Meade is having problems. Financial problems. Lots of ‘em. To go along with their RCX problems. There’d been rumors of bad things going down in Irvine since at least last summer, with stories running around claiming that Meade was operating its California plant on a “skeleton crew.”

A few weeks back, the nature of Meade’s difficulties became more clear when the amateur community was made aware of an audio-teleconference (with Meade investors) and (thanks to the thoughtfulness of Herb York) the disclosure of a letter to Meade dealers outlining the situation. The combo revealed (or seemed to) the following:
Naturally all this caused quite a stir, and it was not surprising that Meade saw fit to issue a press release aimed not at dealers but at users. Most of what was in this release was merely a rehash of what we already knew, but there were a few new items/clarifications:

What does all that mean? I have no doubt Meade intends to restart RCX production, or at least wants to. The question will be whether they will be able to—given their financial position—or whether a new owner would want to, given the troubled technological history of the scopes. Frankly, it’s not assured that Meade will be able to remain in the amateur market at all. A new buyer may decide the company needs only its riflescope/department store scope/binocular business to remain profitable (though, in that case, it seems likely the new owner would look for a buyer for the amateur gear side of the house). Finally, Meade may have missed the golden moment for the MaxMount. Bisque and AstroPhysics are both in the process of offering new GEM mounts that are competitive with the Max price and payload-wise.

While I'm (fairly) sure Meade will continue to provide service for its scopes, I'm already hearing it's hard to get a Meade scope fixed at the moment due to (so says the grapevine) "personnel shortage issues" in Irvine. Let us hope this is a temporary effect of this, uh, "transitional period."

It's also not clear from any of the Meade letters/conferences exactly where Meade telescopes will be made. Will the components be produced in China and assembled in Mexico? Will some scopes be assembled completely in China with Chinese components? Where will the amateur scopes fit in?

The last word? Wait and see, Meade fans. I suspect we won’t know what’s a-gonna happen to ol’ Blue until the Christmas season is over (shame Meade has lost the wonderful Christmas outlet provided by the now out-of-business Discovery Channel Stores).

Comments:
Anything new on this front in Aug of 08?

Not that I've heard, not really--more of the same.

Is meade still have financial problem? I'm interested in the lx90 10 " but would not buy the company still suffer from financial problem. Is quality control andcustumer service is getting better since they moved the factory to mexico?

I would say the LX90 is not a good bet right now. It's had too many problems since Meade moved to Mexico.