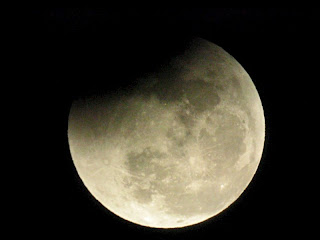 Those of you lucky enough to have clear skies will be treated to a spectacular total Lunar eclipse on the evening of February 20 - 21. For us in North America, the eclipse is smack in the middle of Wednesday evening, with the event winding up early enough to make going to work the next morning not too painful. Want all the details? Check out Sky & Telescope's in-depth coverage.


I was excited about this one, since this will be the first decent eclipse of the Moon to hit my neck of the woods in a while. I was running around yesterday evening gatherin' up cameras, mounts, scopes, etc. Even the weather looked like it would cooperate for once, I thought. That's what I get for thinking; a look at wunderground.com this morning shows we down here in the Great Possum Swamp are likely to be skunked. Totally skunked. You never do know, but I ain't optimistic. Maybe I'll get a look or two at Hecate through a pair of binocs if I'm lucky. So it goes...

Update: looked like a nice, if not overly dark eclipse from what I could see of it. As predicted, the clouds moved in right on schedule. I did station a pair of 15x70 binocs in Chaos Manor South's front hall, and between sips of...err..."sarsaparilla," I made frequent expeditions to the front porch to check eclipse progress. Luna was always obscured by at least a thin layer of haze, but I'm sure those of y'all whom the weather gods smiled upon had a good night. Certainly the shots I've seen; especially one from Jerry Lodriguss, look impressive. Me? 'Bout mid totality we was socked in for good, and I headed inside for more Yell and to finish watching a recent addition to the Chaos Manor South DVD library, Invasion of the Both Snatchers. The 50s edition, not the ersatz stuff.

Unk Gets Some Astrophotography Help 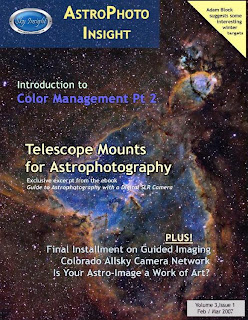 Two new amateur astronomy magazines are currently making waves in our community. The first, you’ve already heard about here, Astronomy Technology Today. That’s a high-quality brick-and-mortar publication available by subscription. The other one, which I’m here to preach about today, is a little less conventional in that it’s an e-zine (only).

That means it’s an Adobe Acrobat file you download off’n that dadgummed Internet. It’s also a little more narrowly focused than ATT, being devoted to that wonderful—if sometimes aggravating—pursuit of amateurs, astrophotography (read that as “digital imaging” these days). If you ain’t guessed already, I’m talking about AstroPhoto Insight.

It might be a bit of a stretch to call AP Insight “new,” since publisher Al Degutis has been plugging along steadily delivering quality issues for a couple of years now. But, hey, this here’s my blog and if I wanna call it new, I’ll call it new. Seriously, it’s really been over the last six months that this .pdf mag has taken off in my judgment. The quality of the articles, while always good, has skyrocketed recently. But what persactly is AP Insight like, anyhow? I’ll let Al tell you himself:

“AstroPhoto Insight, published by Professional Insight, is a bi-monthly digital astrophotography magazine dedicated to exploring and sharing the latest innovations and techniques in the field of cutting-edge amateur astrophotography.

Astrophoto Insight publishes articles by well-known experts in astrophotography such as Jim Burnell, Adam Block, R Scott Ireland, Jerry Lodriguss, Greg Piepol, Noel Carboni and more. However, all readers are encouraged to submit articles, and some, like Neil Fleming and Craig Stark, are sure to become household names as well.”

Purty impressive roster, pards, but without a professionally assembled venue, even the best articles don’t have much appeal. Rest assured, AP Insight is a good-looking magazine. Being “virtual” doesn’t preclude a professional look and layout, and AstroPhoto Insight has that. What if you don’t like to read a magazine on the consarned computer screen, though? Well, print ‘em out. That’s what I do. I place ‘em in binders for future reference and browsing, too. Yeah, this rag is that good and that valuable.

All that goodness is not all there is, howsomeever. In addition to the magazine itself, the accompanying website offers numerous articles, how-tos, and even videos. There is plenty here of interest to imagers of all skill levels and types. There are rank-beginner articles and pieces so advanced they read like Greek to li’l ol’ me. Not only does the magazine address all skill levels, it covers the full range of hardware interests. Whether you’re using a DSLR, a cooled CCD, a webcam, or a DSI, AstroPhoto Insight has got you covered, pards.

How much? You can sample a current issue for free. Back issues are reasonably priced, too. But if you’re as imaging mad (make that “as badly in need of help”) as Unk, you’ll want to sign up for one of Sky Insight’s membership plans. These give access to all the good stuff: the website articles, the videos, and more.

While this new-fangled digital imaging business still leaves Unk scratching his head (at best) most of the time, there’s no doubt his pictures have finally begun to show some improvement, largely thanks to AstroPhoto Insight. Go get it, muchachos.


I suspect many of y'all have already seen this, but if not, you'll no doubt be as surprised and pleased as I was. We amateur astronomers tend to feel isolated and insular most of the time. Nobody knows about us or about our magnificent obsession. Obviously, that's not true or is changing. Not that we will be as prominent in the public's consciousness as say, NASCAR, anytime soon, of course, but I do sense we're getting a little more exposure in the media once in a while and are now at least a tiny blip on the public radar screen.

Note that if you have trouble viewing the video, it's a Flash video, and Microsoft Edge doesn't like that. I can view it perfectly well on Google Chrome, however. 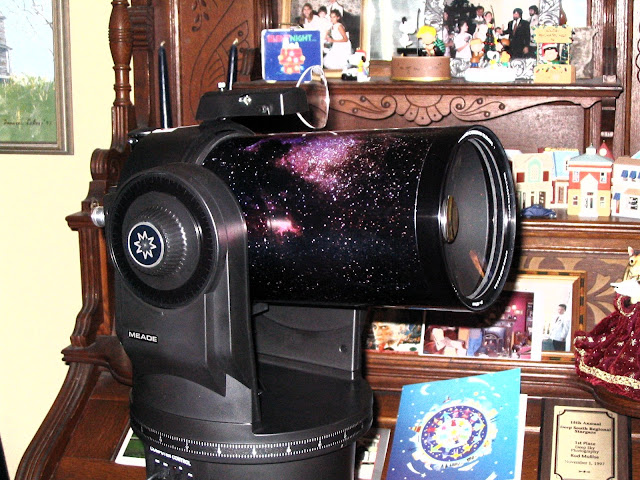