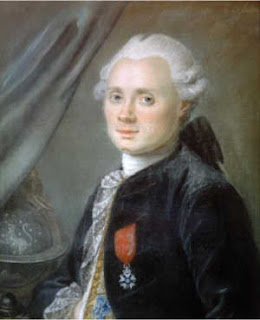 As I’m sure most of y’all know, e’en the newbies among you, it’s Marathon time. No, Unk ain’t gonna put on a pair of skimpy shorts and run umpteen miles. I’m talking Messier Marathon. Over the next month, it’s possible to view all—or almost all—the Messiers over the course of one evenin’. Running this "Marathon" as an individual (OK) or as a group (more fun) has gone big-time with the amateur rank and file over the last decade or so.


Originally, I was skeptical about the whole idea (Unk intones in his best ADVANCED AMATEUR voice): “Jumping from one Messier object to the next is no way to observe, young man. Each of these objects deserves extended, thoughtful observation and study.” Well they do, but you can do that the other 11 months of the year. After I did my first Marathon, I never again spouted such foolishness. Marathoning is FUN, and that is (supposed to be) what amateur astronomy is all about…ain’t it?

As for the mechanics, you must choose, brothers and sisters, you must choose...your night or nights. We are coming up on the time, mid March, when, depending on your latitude, all objects are theoretically possible. If you’ve got a dark site with excellent horizons and the prospects of good weather, go for it. Try for ‘em all. Otherwise? You need to decide whether to sacrifice the front end or the back end. What I mean is, do ya give up M74 or do ya give up M30?

If you start “early,” that is like right now, you have a much better shot at that devil of a face-on galaxy, M74. It is already insanely low in the west by the time the Sun sets, and is a considerable challenge for observers with less than perfect skies and horizons. Unfortunately, if you start now, you’ll likely miss the Capricornus globular, M30, in the morning. If you want to go for ‘em all, wait until mid March or later. M30 is slowly creeping into view in the morning, but will not be doable for those of y’all above 35 degrees north latitude degrees until April comes in. Unfortunately, waitin’ that long will then make M74 impossible or nearly so for many folks.

Does all this sound complicated? How do you know when to start the sprint? What will be available on any given March – April Marathon window evenin’? There are plenty of websites and even a book or two to help you “train” for and run the Marathon, but the best resource I know of, and one I recommend highly, is Larry McNish’s Messier Marathon Planner. This is an online application that takes your location and date and assembles a list showing the doable Ms arranged in the most efficient search order. There are numerous options, plenty of pictures, and hints and helps in addition to the basic list data. I really cannot recommend it too highly. Mr. McNish, you done good. A shot of Rebel Yell is due you.

So when will I do my Marathon? Done done mine. Last night. Oh, I might give her another shot or two between now and early April, but the vagaries of spring weather down here in the ‘Swamp meant I decided to carpe noctum (or sumpin). I knew I wouldn’t get M30, but that M74 should be “easy.” I also knew that, as usual, I’d cheat. Last year I cheated by using a Stellacam II and a Nexstar 11GPS to suck up multitudinous Ms. This year I cheated again, if not in so egregious a fashion. I did the run barefoot—visually, that is—but I did use those wondrous Sky Commander DSCs on my 12.5-inch Dob.

Actually, there’s really no such thing as cheating when it comes to the Messier Marathon. There are no rules to follow or forms to fill out. While some clubs and organizations do offer certificates, this is largely an informal grass roots activity, not some over-organized mess of bullfeathers. Thank god. Do it the way you want to do it and however makes you happy; that is, after all, the essence of amateur astronomy and what makes it the greatest hobby in the world (if you consider it just a hobby, that is). There is one exception: if you are going to use the Marathon to do your Astronomical League Messier Certificate. In that case, you should leave the go-tos and DSCs at home and follow the AL rules.

How did it go? To cut to the chase, I got 66 objects. Why not more? Simple: it was C-O-L-D, and Uncle is an astro-wimp in that regard. How cold WAS IT? It warn’t really that cold temperature-wise, but it was damp. By 11pm, there was ice on the observing table, ice on the eyepiece case, ice on the Dob’s shroud, and ice on your Old Uncle Rod. If there had been objects available, I woulda kept going past midnight, but, as those of y’all who’ve run the course before know, there’s that great, big GAP following the exhilarating sprint through the Virgo galaxy fields. When Virgo – Coma is done, there’s an hour or two to set around waiting for the summer objects to begin arriving. In that hour or two, my mind began to dwell upon the temperature of my feet, how nice and warm the car would be once it was on the road with the heater cranked up, and how the Yell would feel goin’ down back home at Chaos Manor South.

A few notes and observations:

M74: This one oughta be easy this early in the window; especially with a 12.5-inch dob, right? W-R-O-N-G. I started looking as nautical twilight came on. Looking? Struggling is more like it. This object is pretty impressive in the f/5 12.5-inch from a truly dark site. Down low on the horizon, though, it was just barely visible—finally—at 200x. Folks talk about how hard M30 is, but I believe M74 (discovered by Pierre Mechain, and not Charles Messier, incidentally) has been the stumbling block in many more Marathons than pore li’l M30. M74 has the lowest surface brightness of any Messier, and it’s no wonder that it has earned the nickname, “The Phantom Galaxy.”

The Rest of the West: M77 was bright and obvious. M31 was trivially easy. So was M32. Even big and dimmish M110 was laughably simple in the dob (though a couple of 8-inchers on the field had trouble with it). M33 was not hard—in the 12.5 or in my buds’ C8s. Most unpleasant surprise? M52. After dealing with the galaxies, I lollygagged for a while, sipping some java out of my thermos and patting myself on the back with both hands about my success with M74 before I punched up “easy” M52. Sure, this open cluster in Cassiopeia is splashy-bright. But I didn’t realize how low it had got. It was almost at the dob’s altitude limit. Might not be a bad idea to throw a pair of binoculars in the car to use on the biguns (like M45) or to use on the ones you’ve let get away from the big scope.

Sky Commanders: The accuracy of these Digital Setting Circles was simply amazing. I found myself often using a 7mm Uwan (220x) as my finding eyepiece. Now, the fact that my truss tube 12.5 was precisely handcrafted by master ATM Pat Rochford didn’t hurt accuracy wise, but, still, the Sky Commanders continue to impress, especially considering my unpleasant experiences over the years with Brand Ecch DSCs. One nice thing for some folks this time of year is that the Sky Commanders will accept an external 12vdc input in lieu of the internal 9 volt battery. In addition to providing plenty of power, that also activates an internal heater that keeps the SC’s LCD display speedy and readable. Last night? I brought along an external battery and cable, but cold as it was (30F) the Sky Commanders went till midnight no prob. The display was a wee bit sluggish by then, and contrast was not as good as it normally is, but it was still readable. Only problem? Unk got cold enough and his hands shook enough that it was hard to “zero out” the SCs on objects.

The Coma - Virgo forest and trees: The DSCs made it possible for me to thread my way through the masses of Coma – Virgo galaxies without too much confustication. The fact that the area was to the east and well into the Mobile, Alabama light dome actually helped, since it left only the most prominent sprites visible. Seeing as how I’ve been through the area a time or two over the last 40+ years, I was able to navigate without much problem. If you’re relatively new to the area, detailed finder charts can be a big help in deciding “which is what.”

Dew: Don’t do like I did. The Dob is equipped with a secondary heater powered by a 9 volt batt’ry. Naturally, me being me, I decided that the little battery would be good for “one more run,” despite having been used the last umpteen times. As you’d expect it went stone cold dead and the secondary dewed right up (where the heck is M91?!). Fortunately, I had brought along a 12vdc dew zapper gun (aka “window defroster), and one zap was good for at least half an hour.

The GAP: The spring-summer gap is what kills. Even when it’s not cold, the prospect of waiting for the summer sky to rise can be depressing. Be prepared: bring along a lawn chair - lounger to doze on, a pair of binoculars to scan with, or an additional observing list to run with the main scope.

All in all, I was a happy camper at the end of the festivities. I was not the first observer to flee the ice-encrusted field, the Dob had worked admirably well (I do need to brush up on my Newtonian collimating skills…I spent some time chasing the dadgum donut). And I did 66 objects, not missing a one between Pisces and Virgo. Before throwing in the towel, I even (barely) spied M13 and M5, so I reckon I can tell my mates (Barney Fife voice), “Yep, saw some summer objects, yep...not everybody’s up that.”

You never know. If the weather holds over the next couple of weeks, I may even stay up long enough to really do the summer sky (despite that consarned DST). If I do, you can bet I’ll crow about it here.