Of Time and Stars... 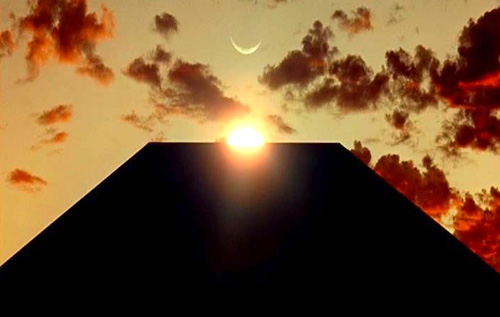 We, the children of the 50s and 60s, are getting older now—yes, even us ageless flower children. That being the case, our heroes and icons are beginning to fade away. That's the way of things on our cozy little world as we all well know. Knowledge of our mortality is the price we pay for being human. Still, when I heard of Sir Arthur C. Clarke’s passing the afternoon before last, part of me went into denial. It simply couldn’t be.


Despite the fact that I never met the man—I did exchange the occasional email with him—Clarke was a big and continuing presence in my life. As an adult, I relished his writing old and new. As a child, however, he was more than just a presence. Frankly, two people inspired me to get into the astronomy biz. They were not teachers, though I had some good ones (and a few lousy ones); they were writers, Patrick Moore and Arthur C. Clarke.

It literally seems like yesterday that the young Rod—maybe I was eight or nine—sat open-mouthed on granny’s living-room floor, having just finished reading his first adult science fiction story, Arthur Clarke’s “The Star.” I don’t know if that delicious short story with its mind-bending twist would affect me quite as deeply now as it did then, but I suspect it would.

The visible signs of Arthur Clarke’s stay on this little world are many and impressive. Beyond his hundreds of thoughtful, insightful short stories and novels, there were and are his soaring ideas like his—for then—fanciful dream of a network of geosynchronous communications satellites. Not as visible, but just as important, was the way he encouraged the era’s younguns to reach for the stars.

Is anyone doing that today? I don’t know, but I hope so. As for me, I’m going to pour myself a few fingers of whisky, put 2001 on the DVD player, and, I’m not embarrassed to say, probably shed a tear or two over the leaving of a genuinely great man.

Comments:
Artur C Clarke was one of the first SF authors I read (Childhood's End, I think), along with Heinlein and Asimov. Words in a book can be powerful. All of them had ideas in their books that got my imagination going. The manned space program was in overdrive when I was in high school and college, and sent my life toward engineering, computer programming and very amateur astronomy.

Like many of the "space age" generation, I got hooked on Clarke and science fiction due to the movie 2001, a Space Odyssey. Amazingly, the technology in the movie still holds up today although Pan Am is long gone...

I have read almost all of his non fiction and fiction books since childhood. As an author of "hard" science fiction, he was arguably the best.

Fortunately, there are still many "hard" science fiction authors in a newer generation, such as Geoff Landis, a scientist at the NASA Glenn Research Center in Cleveland, Ohio.

What I will miss most is Clarke's non fiction science writing. Science writing is a difficult field. Fortunately we still have talents of David Levy, Bob Berman, Timothy Ferris and a few others.

Our generation was of the space age, and still is. We were brought up in awe of the golden era of manned spaceflight - Mercury, Gemini, and Apollo.

Hopefully the new Orion exploration initiatives will inspire the younger generation today, if the funding can be kept up.

This is Clarke's legacy. as founding member in the British Interplantary Society, he had a vision that was only a dream in the 1930s but became reality in 1969.

Been reading through your past blogs and when I read your reference to Clarke’s “Star” that brought back so many memories of my childhood years in the 50’s and 60’s reading all of the older pulp sci fi mags that I could find. So many wonderful worlds to visit in my young mind. I haven’t lost that same wonder to this day thanks to Arthur, Issac, Ray, Jules and H.G. Whenever I set up one of my telescopes and view an object from thousands or millions of years in the past that same old feeling is there - that wonder and awe of the mystery of what is out there and that all of life is made from that same “star stuff”. Arthur, and others like him, created that spark in many of the children of the 50’s ans 60’s and we never lost lt. Thank you for composing this blog which is so special many, like me, who truly understand those special times.