Two-and-half Years After the Honeymoon... 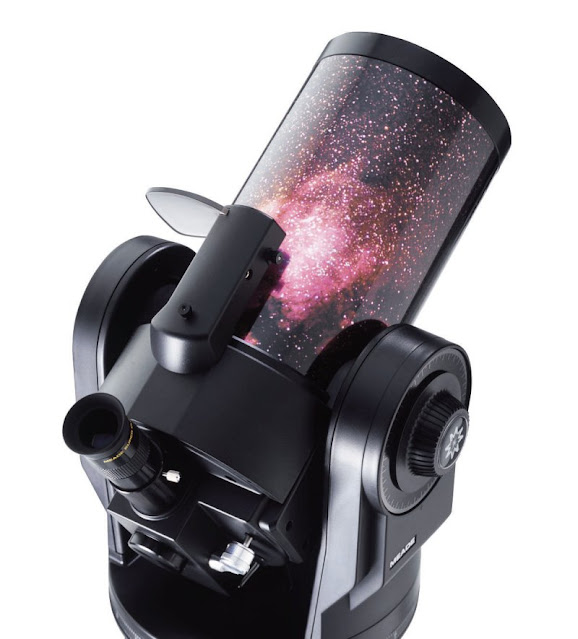 With my ETX 125PE, a.k.a. “Charity Hope Valentine,” how are the two of us getting along? I get asked that question a lot of late, muchachos, mainly because of Meade’s recent huge price reductions on this little CAT, I reckon. Look for a detailed re-review of the ETX in the upcoming Summer issue of Skywatch, but till then how about some impressions from this past Memorial Day weekend, muchachos? I’ll admit I haven’t had the scope out much lately, but with Saturday night looking iffy, but me wanting to see something from the Possum Swamp Astronomical Society dark site, it seemed like the perfect time to let Charity prove her mettle again.


How was the weather down here in The Swamp? Normal.  Hazy, muggy, and warm (mid-seventies long after sunset). The ETX125 is easy enough to set up and tear-down, though, 5 - 10 minutes tops, barely enough work to make Unk break a sweat. Given the minimal amount of effort required, I didn't mind taking a chance on not seeing nuttin' honey.

On my way to the site, it did look as if that might be the result; I drove through a fairly intense thundershower on the way to the PSAS Tanner-Williams, Alabama observing field. By the time I'd arrived, unpacked, and schmoozed for a while with the three bubbas of mine who'd also had the intestinal fortitude to head to the dark site, though, the skies were looking a little better—if hardly perfect. While conditions were far from ideal all evening, my dark site getaway turned out to be well worth the trip. Heck, it was worth the trip for Saturn alone. The seeing was very good despite poor transparency.

Some of the stuff Miss Valentine showed me on this evening...


Saturn. The seeing was good. Real good. A 9mm Celestron "Circle T" Orthoscopic eyepiece from way back when did an amazing job on the ringed wonder. As always, I was struck by the way disk details stand out in the little scope's high-contrast images. The N/S equatorial belts—and other disk features, too—really were starkly visible. Not only did I see Cassini's despite the current (shallow) ring aspect, I glimpsed the far more difficult Crepe ring as well.


M13. Sweet. Certainly the 125 didn't give up too much to a nearby NexStar 8 SE. In fact, the view was slightly better in the 125, I thought, with a slightly darker background (even at comparable magnifications) under these poor conditions—lotsa light scatter from the light dome to the east. 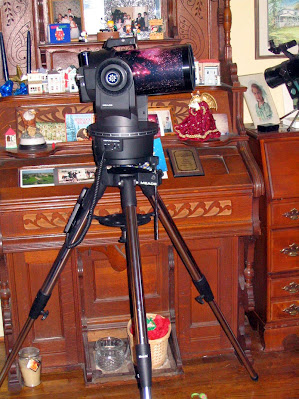 M10 and M12 were OK, but both of these Ophiuchus globulars were in a particularly yucky part of the sky all evening, and not as nice as they normally are. That is, both were essentially fuzzballs with a few tiny stars winking in and out.


M82. When the haze would thin a bit, I picked up a fair amount of this weird galaxy’s dark-lane detail.


M3 and M53, the spring globulars, both showed decent resolution.


M80: well, it was there, anyway. This small, compact (Shapley – Sawyer Class VII) glob doesn't let me see stars with anything less than the C11 when conditions ain’t just right.


M4, the Cat's Eye Cluster, did indeed show off its cat's eye aspect, a line of stars, the iris of the cat's "eye," running right across the cluster's center.

M68 is not often a standout, and in these skies, this globular star cluster was only a dim fuzzball.


M67: This aged galactic cluster has always been one of my faves, and I remembered to catch it before it plunged too far into the western murk. Pretty good, considering. Wish I had caught it earlier.


M65 and M66. I'll admit that under these conditions I had to locate these Leo showpiece galaxies in my pal's C8 first. They weren't obvious in the haze in the C8 and were barely there—but there—in my ETX.


M105 and company. During a time when this galaxy group's area of Leo was in a sucker hole, I was able to see not just 105, but the brighter of its two companion galaxies.


Omega Centauri was, by the time I thought to go there, only about 10 degrees above the truly icky southern horizon. The Mother of All Globs appeared as a vague but large nebulous patch, not much worse than what was in the 8-incher next door.


M104: at times the Sombrero Galaxy’s dust lane was visible.


M87. This monster elliptical was visible, sure, but dimmer than it usually is in this scope.


M107: BARELY there in the 125 or the C8 on this evening. I had to convince myself I was really picking up this globular cluster in either scope.


The Ghost of Jupiter (NGC 3242): this planetary was not only large and bright but showed off a strong robin's egg blue color.


And so it went until the skies closed down completely at about midnight...


Let me say rat-cheer that every single object I requested wound up in the field of the 26mm Meade Plössl after go-toing a go-to. I didn't obsess about alignment. Didn't level the tripod; just plunked her down, that’s the grab ‘n go way. Didn't pick special alignment stars, either. Merely did an LNT Easy Align and accepted whatever star picks the Autostar came up with (Arcturus and Procyon). I did use a 25mm crosshair eyepiece to center the alignment stars, but that was the only particular care I took. Certainly not everything was dead center in the eyepiece after go-tos, quite the opposite, but everything was, as above, in the Plössl’s field somewhere, from one side of the sky to the udder. 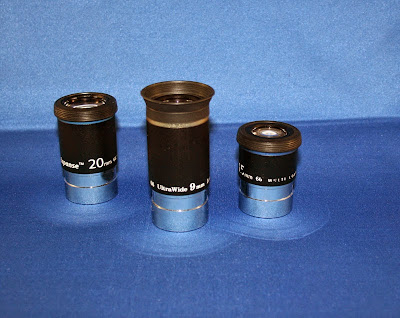 Eyepieces? Ah, there's the wonder of the thing. One of the joys of the ETX is that it is not picky about oculars. I just slung a box of el cheapo 1.25-inchers in the Camry. In addition to the supplied Meade eyepiece (which is not bad at all), I used a 15mm Orion (Synta) Expanse, a 20mm Expanse, an 11mm Birdseye (80-degree AFOV), and as mentioned above, an ancient Circle T Celestron Ortho. None of these oculars cost more than 50 bucks, give or take, but all essentially offered pinpoint stars to the field edge—one of the benefits that comes with f/15.


To sum up? Evenings like this (and vacation trips) are why I bought Charity Hope Valentine in the first place, and she again impressed me in this role. You know what, though? The images she was turning out were good enough that I began to wonder what she might do at a real DARK site. Maybe someday, you never can tell. So, two and a half years down the road, this little scope is still Unk Rod's Best Girl—or thinks she is, anyway.


BTW, we had torrential rains Friday, and the result was the skeeters were REALLY out for blood. Didn't just have to just spray myself with Deep Woods off; I had to practically bathe in the stuff and reapply it every 30 minutes as I sweated it off in the damp and still air of The Swamp.

When the sky clouded over, the scope was back in the Toyota and Unk was headed back to Chaos Manor South in 10-minutes, tops. Once more within the comforting confines of Chaos Manor South's den, the bug spray washed off, the Rebel Yell poured out, and the cotton-picking Ghost Hunters on the boob tube, I ruminated on the evening's adventure. The least I could say about it was I'd seen a lot more than I would have if I'd been setting in front of the cable TV all night. And if I hadn't had Miss Charity, I'd have been tempted to do just that. That is the real beauty of a Charity Hope Valentine night, muchachos.