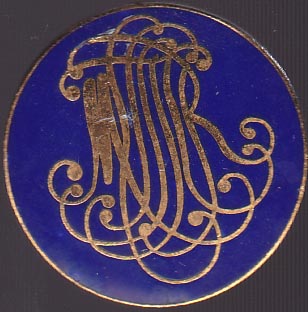 How do I feel about wallpaper chasing? "Wallpaper chasing? What the heck is that?" In the ham radio game, that’s what we call the quest for awards. Contacting all 50 states. Working stations in 100 countries. The same thing goes on in amateur astronomy in the form of the Astronomical League’s Observing Clubs (one of the few things that make the League relevant for the average amateur today, I am sorry to say).

Anyhow, I’m not much of an observing award collector, but I do recommend the Messier Club. I never went on to obtain the Herschel 400 or the Herschel II certificates despite having observed all 2500 of those suckers, but I experienced a genuine feeling of accomplishment when I finally applied for and received my Honorary Messier Certificate and pin a couple of decades ago.

The Messier Club comes in two flavors. Observe 70 objects in accordance with the program’s rules and you will get a nice certificate. Do all 110 and you get the Honorary Award, which brings not just an even nicer certificate, but a handsome pin. Again, while I don’t much like chasing observing awards, I did enjoy doing this one. You might too.

Enough of that. Onward! Starting with three of the finest open clusters in the winter, the Auriga Trio, Ms 36, 37, and 38.

I am generally of the opinion that M37 is the best of the Auriga amigos, but M36 is a close second. How could it not be with the specs it has? It’s bright at magnitude 6.0 and also very compact at 10.0’ in diameter. M37 may be richer, but M36 has more bright stars. M37 tends to look like “grains of sugar on black velvet,” while M36 is “diamonds on black velvet.”

What’s it like to find without a computer? Duck soup. It is just about midway along and a degree and a half southeast of the line that connects two of the stars of Auriga’s pentagon, Beta Tauri and Theta Aurigae. Just get your scope in the general vicinity—I do that with my Rigel Quick Finder zero power sight—and you’ll immediately spot M36 in a 50mm finder (which you should have in addition to a zero power “unity” finder).

For your trouble, you get a galactic cluster you’ll find yourself staring at for quite a while even if, like me, you are not much of an open cluster fan. What you’ll see specifically is 30 – 60 Suns depending on the quality of your sky and the aperture of your telescope. For best results, I recommend a wide field eyepiece. A medium power ocular with an apparent field of at least 68 degrees will put plenty of open space around M36 and make it look just great. While the cluster is more or less round in shape, the bright stars and star chains of its central region make that area look somewhat square to me.

No, there is no denying M37 is the most beautiful member of the Auriga Trio. At magnitude 5.6, it is even brighter than M36. While at 15.0’ it is larger than the previous object, it doesn’t look that way. That is because with a very condensed (for a galactic cluster) center about 5.0’ across it almost resembles a loose globular star cluster.

Finding? This one always stymies me for some reason. It shouldn’t, but it does. It is, like M36, almost midway between that line drawn between Beta Tauri and Theta Aurigae (though a little closer to Theta). Unlike M36, however, M36 lies outside Auriga’s pentagon figure. Maybe my problem is that while M37’s combined magnitude is brighter than that of M36, it’s got fewer bright stars and is harder to see in a 50mm finder under compromised skies.

You will eventually get there, and when you do what you see will be glorious in almost any skies and with any telescope. In fact, one of the best views I’ve ever had of M37 came with my 66mm William Optics ED refractor one chilly winter's night in Chiefland, Florida over seven years ago:

I’d be remiss if I didn’t mention how well my even smaller scope, the WO 66SD, did. As ED refractor prices have come down to levels even the cheapskates among us—like Unk—can embrace, I’ve finally made friends with refractors. But mostly for imaging, not visual work, and rarely from dark sites. I’d piggybacked the 66 on the C8 mainly as an aid to spotting some of the [Herschel] 400’s large and undistinguished clusters, and it did yeoman duty there. But it did more. When I had M37 in the C8 and had gawked at it for quite a while, I finally thought to see how it looked in the little feller. In a 16mm Uwan [eyepiece], the huge field was amazing. The multitudinous stars were a glittering hailstorm, and the cluster really did look like a loose globular.

Specific notables? While the stars are, as above, dimmer looking than those of M36, they are legion. Depending on your scope/skies you will make out as many as 100 tiny sparklers. Finally, like many open clusters, M37 features a red central star. In this case, a really, really red one. The effect is, to say the least, “striking.”

What’s the most memorable thing about M38? Well, there are plenty of stars, including some fairly bright ones, brighter than most of the M37 crew, maybe about 50 in a medium aperture telescope. That’s not the big deal, though. What is is how they are arranged. Unlike M37’s stars, which form a somewhat shapeless cloud, M38’s suns are arranged in lines and streamers, and in a medium-low power eyepiece make the cluster look, yes, a lot like a cosmic starfish floating in a dark sea.

It’s good that M39 is in the summer sky, since this rather sparse open cluster frankly pales compared to the wondrous galactics of winter. Still, it’s not that bad, is certainly a little better than nearby M29, and I have always sorta liked this 39.0’ across magnitude 4.6 cluster. In fact I’ve liked it a lot and certainly recommend you stop by if you’ve never hunted it down.

Finding M39 the old-fashioned way with chart and finder scope is fairly trivial. The cluster if located a little over 9-degrees northeast of Deneb in the “blank” space between Cygnus and Cepheus. While this is actually a rich area, the cluster is large enough and bright enough that you should be able to make out its triangular shape in your finder scope without much difficulty. If you need further guidance, it forms a shallow triangle with Rho Cygni and 82 Cygni, which are close at hand.

What’s optimum for M39? I like a larger aperture telescope, 10 – 12 inches, to bring out dimmer stars and make the field look richer, but in truth, this one looked just fine from my old downtown stomping ground with the 4.25-inch Palomar Junior. There is no denying it was more impressive one night in the C11, however:

M39 is still a little low in the sky and in the worst of the light pollution to the East. Large, star-spangled beauty that fills the field of the 22mm Panoptic eyepiece. A little better in the 35mm Pan, since that places some space around the cluster. Defined by three bright stars arranged in a triangle shape filled with many, many [dimmer] stars. 30-40 stars visible even in the light pollution.

I hate to be unkind, but M40 is simply bleah. And unless you are on a quest to see ‘em all, can be skipped. You see, it’s not really a deep sky object; it’s a run of the mill double star. Yes, I know double stars are technically deep sky objects, but when most of us think “DSOs,” we think “galaxy-nebula-star cluster.”

Why is this one in the M Catalog? Old Chuck Messier had heard there was a nebula in this spot and had a look at the area of the double star now known as Winnecke 4. He could see there was no nebulosity here, but put the double in his catalog anyway since he’d gone to the trouble to measure it.

If you need/want to see M40, you’ll find it in Ursa Major 17.0’ northeast of magnitude 5.5 70 Ursae Majoris, which  is a little over a degree northeast of blazing Megrez. The double is not that bright at about magnitude 9.6, but it is easy enough to see in even a 3-incher as a pair of whitish stars separated by a hair less than 1-minute of arc. A good looking double star if you like double stars (which I do). 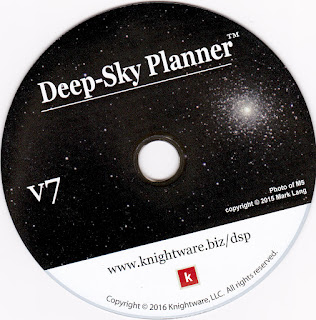 M41, Canis Major’s only Messier, is justly famous, but this is not really a great one for telescope users. The good is that this is a bright and flashy object, a magnitude 4.5 open cluster that is routinely visible to the naked eye from a decent observing site when the Big Dog is riding high. The bad is that it is big and not highly concentrated. Its stars are bright, but there are not enough of them to really fill in an area of 39.0’, an area larger than the full moon. Any optical aid will easily turn up M41, which lies 4-degrees almost due south of Sirius.

There, a telescope will reveal a rather shapeless mass of 40 – 50 bright suns. It’s nice enough if you can get the power down and the field size up, but it is really best in giant binoculars. It is quite pretty in my good old Burgess 15x70 binocs, the glasses I’ve used the most over the last dozen years or so. The binoculars reveal a nice sprinkling of sharp little pinpricks. I really ought to try my 25x100s on M41 some night.

And there we’ll stop. A little short this time, but the next Messier is M42, the greatest of them all, and I want to be able to give it the space it deserves and requires—up to and including all or nearly all of the next Messier article.