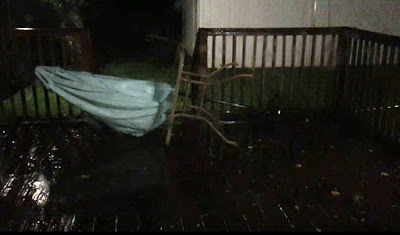 Comments:
We recently experienced something like you did. Utah, as a rule never gets big winds like a hurricane produces, but a few weeks ago we did. We had 90+ mile an hour winds. Massive trees were uprooted all over my neighborhood. There were some crushed cars, houses damaged, and we were without power for about 5 days. It was also nearly 40 degrees colder than our normal 85 degrees for this time of year. We have a little 3500 watt generator that kept the our frozen food cold, a few lights on in the house, and the wifi going, which of course is the most important thing. I don’t envy your having to deal with that far more often than we do.

When the winds stopped, I actually make it out to a dark site and did some visual and a few photos.

Glad you made it through your hurricane without too much disruption, Rod.

Glad it didn't go South for ya 'unc.

We have winter approaching fast here in Perthshire Scotland, temps are down and nights are drawing in rapidly. Bleugh!

Still you got the astro blog out despite all so good on you!