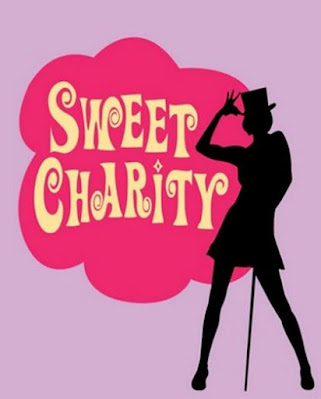 "No blog for February? Why, Unk, why?”  I could say, “Well, muchachos, the weather was lousy most of the month, with clouds almost invariably in the sky when the Moon was absent. And it was cold. I mean, sometimes in the freaking 20s Fahrenheit.” And that is part of the reason, sure. Without doing any observing, and without any new astro-gear to talk over, I didn’t feel like cranking out a blog just so y’all could hear me jack my jaws. But let’s have a little ground truth, here, y’all…I’ve always tried to be upfront with my readers. That was hardly the sole reason.

That often sought after but also much-feared Ground Truth? I am a FAR less active observer here in my late 60s (it feels awful strange to say “late 60s”) than I was even five years ago.  In part, that is due to the accident I had in early 2019 that most of y’all know about. I talk about it more than I should, perhaps, but that is because it now seems to have been the watershed between “young” Uncle Rod and "old" Uncle Rod.

How has that affected my observing? Well, most noticeably it left me not as able to deal with gear setup. And I don’t just mean heavy stuff. This afternoon I made the mistake of picking up my ETX 125’s tripod with my “bad” arm and it sure let me know that wasn’t what I should have done. Thankfully, I began selling off my big/heavy astro-stuff—the C11, the truss-tube Dobsonian, the Atlas mount, etc.—about five years ago. I had a strong whiff of “change is in the air” even then.

Certainly, I still have telescopes and mounts. I have a C8, a Celestron Advanced VX mount, some nice refractors ranging from 6-inches to 66mm in aperture, a Losmandy GM811G, and my 10-inch truss tube scope, Zelda. And, when I’m feeling good, I can handle any of ‘em. When I’m not so good but still want to look at something, my 80mm f/10 Celestron achromat, Midge, on an AZ-4 alt-azimuth mount works—like she did for the Saturn – Jupiter conjunction.

But it ain’t just that I sometimes have a hard time physically dealing with telescopes and mounts. That is far from the whole story. Another result of the accident is a lingering fear of falling in the dark. For that reason (and the pandemic, of course), I haven’t been to a star party since January 2019. Heck, I haven’t even been out to the local dark site. I feel much more relaxed in the familiar backyard even if it means giving up magnitude 6 skies for mag 5 ones (at zenith on a good night).

I also feel the cold more acutely than I did. This had actually begun some time before 2019, but seems to have accelerated since then. The result is unless it is a mild night, I’m staying inside. Oh, I can still do astrophotography on cold nights, since I can get the scope/camera/mount going with the aid of PHD Guiding and Nebulosity and duck back into the den while the exposure sequence runs. But that doesn’t much feel like a night out with the telescope to Luddite Unk.

Even my astrophotography has ebbed. Not so much in the number of targets I shoot, but in how I do it. ‘Twas not long ago I was eager to embrace the latest hardware and software to hit the imaging game. Now? I have more time to play with such things, but I just don’t seem to have as much patience for the new and (for moi) complex—at least not when it’s dark and I’m hooking things up by flashlight.

I know the big deals today are things like Sequence Generator Pro, and small computers like Raspberry Pis mounted on the scope to manage everything and shoot images to a phone or tablet. Not for Unk, I guess. If I take pictures, it’s usually with my thirteen-year-old Canon 400D DSLR. And I no longer participate in the Cloudy Nights mounts forum quest for ever tinier PE figures. Nor do I dream of more-better-gooder to the tune of ten thousand-dollar telescope mounts. If my stars look round, and I think my pictures look pretty, that is enough. More than enough.

I also find I am enjoying the astronomy I do more as a solitary pursuit than as a group activity. In addition to all the above and other things I haven’t mentioned, I prefer spending a quiet night in the backyard with my scope and my thoughts to being out with a group, or, most assuredly, inside at an astronomy club meeting. However, I did enjoy showing off that conjunction to quite a few passersby, so I ain’t quite a hermit yet.

And that’s the way it is at the beginning of a new decade of this new century. Hey, y’all, I ain’t looking for sympathy. Don’t need it. I was quite active in astronomy from the 80s and into the mid-90s, and extremely active from the mid-90s to about 2015. There weren’t too many things in the sky I didn’t see or image; too many outstanding astronomers I didn’t meet; and too many star parties, museums and observatories I didn’t visit. It was “What a ride, what a ride!” folks. I just wanted y’all to know the reasons you don’t and won’t see the blog as frequently as you once did (I would still like to do at least one new article a month).

Enough of that stuff. Let’s talk telescopes. Not quite a year ago, I resolved to get my beloved 15-year-old ETX125 PE, Miss Charity Hope Valentine, out of mothballs. I replaced her LNT battery, got her into the backyard and had a good time. For a while. The next time I drug Charity out, she was acting a mite peculiar. The Autostar display would come and go. Sometimes she wouldn’t respond to commands. Once in a while the Autostar computer would reset.

Now, I was tempted to say “She’s just gettin’ old—like you, Unk.” But I didn’t want to leave it at that. Charity still looks beautiful—as pretty as the day I met her. I’m proud to say I’ve taken good care of her. Surely, I could do a little troubleshooting?

It didn’t take much. The next morning, I began, as I always do, with “cables and connectors.” One look at the Autostar hand control cable told the tale. The coiled cable had the white, dusty look that spells deterioration. It was obviously dried out, and I found a couple of spots where the insulation had cracked and given way. “Well, reckon I’ll just order another Autostar cable.”

Which I did—some eight months later. What was up with that? Well, at the time I discovered Charity’s problem we were right at the start of the 2020 hurricane season, which was a doozy, and whose storms stretched on to November. Then it got cold and I went “refractors on grab ‘n go mounts” all the way (Charity is less of a hassle to carry and set up than a fork-mount 8-inch SCT, but not by much).

Anyhoo, couple of days ago, I got off my butt and ordered a replacement from one of my long-time go-to vendors, Agena Astro Products. After it arrived, a test with Miss Valentine showed it and her worked just fine. What was left to do other than set the girl up in the backyard on a cool but not bitter spring night?

Now, originally the scope to be set up wasn’t going to be Miss Valentine. I still have every intention of carrying on with the New Herschel Project. However, one look at the afternoon sky showed that was likely a non-starter. While still clear, there was obviously increasing haze. The C8 would stay inside and the ETX would go outside because of the degrading conditions—the situation that is her forte'.

When it finally got dark (blast this DST), out back went your old Uncle. As you know if you’ve read my past installments concerning her, Charity can be a neurotic sort. Some nights, gotos are bang-on all over the sky. Others, she can’t find anything. Which would it be tonight?

While I probably should have done drive training after a year, almost, of the scope not being used, it was chilly, so I just set Miss in PE home position—turned counterclockwise in azimuth till she reaches her hard stop—and turned on the power. That is all you have to do with the ETX PE. The scope reads the time that’s kept current with the battery in her LNT (“Level North Technology”) module, finds tilt, level, and north with the aid of her sensors and compass, and heads for the first of two alignment stars. Charity chose Sirius and went that-a-way. 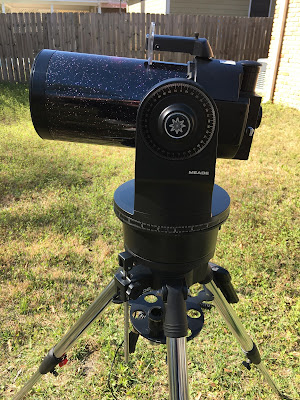 I can usually tell what kind of a night me and the girl are gonna have from her behavior with alignment stars. If her slew lands more than a degree away from ‘em, she ain’t gonna be great go-to-wise. When Missy stopped, Sirius wasn’t in the eyepiece, but it took just a little squinting through her red dot finder and slewing before it was. Second star? Capella. Charity went there, and when she stopped the Goat Star was in the eyepiece, a 25mm Plössl that yielded almost 80 power. I thought that boded well, but the proof is in the pudding, they say. I decided to test my little girlfriend.

Charity has the most trouble with targets anywhere near zenith. That is compounded by her long focal length and the fact that since she is limited to 1.25-inch oculars, you ain’t gonna be using long focal length ultra-wide 2-inch eyepieces to make finding easier. Nevertheless, my girl put both M35 and M37, both of which were up pretty high, in the field of that 25mm. How did they look? Not so hot. The haze was thickening and really scattering the light pollution.

But, with Charity aligned, I thought we might as well visit some old friends anyhow. Which? Oh, the usual heavenly masterpieces like the above-mentioned open clusters, and, of course, M42. If you’re an “advanced observer” you’d probably scoff at the targets Charity and me essayed (we spent quite a bit of time on the near First Quarter Moon). I know. I once fit that “advanced” appellation and was more interested in chasing quasars than looking at the dumb old Moon. But that was then and this is now and Rod and Charity had a fine time oohing and ahhing at marvels that never age even as we do.

Note Bene:  Miss Dorothy and I have now received both doses of the vaccine and hope the same is true for you.