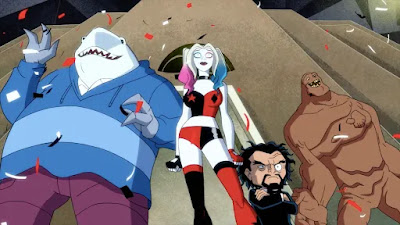 Muchachos, this is going to be a short one without much to say about our shared passion. I didn’t want to let August go by without a blog post, but most assuredly didn’t feel like getting out and doing any observing. The reason wasn’t weather or my aversion to biting bugs and humidity, it was the dang covid 19.

You know, I really thought we'd dodged a bullet when it came to the plague. Miss Dorothy and I made it through the peak years of 20 and 21 unscathed. Hell, I taught in the classroom last fall and spring and didn’t even come down with the sniffles. Did I let my guard down a little? Not in any egregious way I don’t think, even though I was hoping my total of four vaccine shots would be enough to keep the virus at bay.

Nevertheless, a couple of weeks ago I was sitting out in the vaunted Batcave (my radio shack) and began to realize I didn’t feel worth a crap. At first, I attributed that to allergies or just some kinda dadgum general malaise, but I went steadily downhill from there. Mostly it was nausea, though I recalled I’d awakened that morning with a somewhat scratchy throat: “Musta been them leftover tacos…I ain’t coughing…this can’t be the covid 19!”

Uh-huh.  As the evening wore on, I began to feel like, well, pounded puppy poop. Even that magical elixir, Rebel Yell, didn’t help. I sat in the den with our rascally black cat, Thomas Aquinas, watching TV for a while, but had a hard time absorbing what I was seeing. By the time I decided I was better off in bed, around 9pm, I was feverish and had the chills.

Sunday night was truly rotten. I had weird dreams, if they could even be described as “dreams;” they were more like the strange impressions you sometimes get (well, Unk does) in that odd space between waking and sleeping. Long night. At one point, I thought it surely must have been 4am. Nope, the clock said “11:00pm” …sigh.

Next morning, I knew it was time to do a covid test (we’d got quite a few of the free ones the gubmint was sending out some time back). After fumbling with the little test-tube and test strip, I waited the prescribed 15 minutes for a result. And, yep, “positive.” I really wasn’t surprised.

The good thing? Over the ensuing weeks, I never really felt that sick. Oh, Sunday and the Monday that followed I was not feeling great, but after that first night I was able to sleep with the aid of that wonder drug, Nyquil. I never felt bad enough to think about ringing my physician (a fellow amateur astronomer).  I had a cough, but my throat was never even scratchy again after that first day. 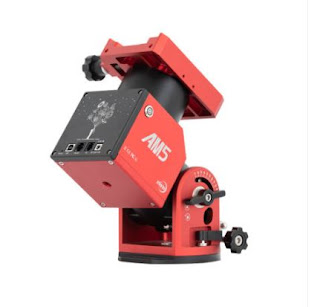 In hopes of not infecting Miss D, I spent most of my time out in the Batcave. What did I do all day? I went through boxes of Kleenex and watched all sorts of silly videos on the YouTube to amuse myself. I even saw some pretty interesting ones, like some on the new ZWO strain-wave telescope mount. Unfortunately, Miss D., tested positive several says later despite being boosted three times. Thankfully, like Unk, she was never sick enough to need medical attention, though she was maybe a little more ill than I was.

And, finally, after two long weeks I tested negative. I still have an occasional cough but feel OK. I won't sugar coat it, though:  I am tired, real tired, and fuzzy headed and don't feel up to doing anything productive.

Where did I pick up my case of the plague? Best we can determine, it probably came from the grocery store. I haven’t been out that much otherwise. As always, I take summer off from my teaching gig with the physics department here, and even my normally minimalist social life is currently at a low ebb. I do do my weekly foray to Heroes, but usually sit at the bar on my lonely barstool watching the game.

Takeaways? If you haven’t had the boosters, get them. If you haven’t been vaccinated, for God’s sake, get vaccinated. I had a mild case, undoubtedly thanks to the vaccine, but it was still no fun. Final word? Same as with Harley Quinn’s crew (while I was sick I watched the whole Kaley Cuoco series again):

Comments:
My bout with Covid hit me in July. Sane sort of deal - my wife and I avoided it all the months before, been vaccinated like a pin cushion yet still got it. Nausea, severe sore throat (which is bad news for a preacher), and fever. And, yea, the weird dreams. Takes about a month but then it is gone.