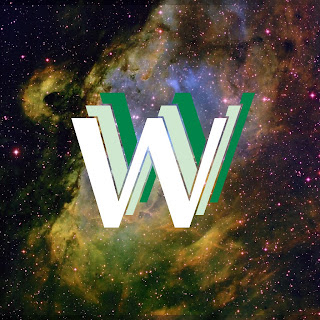 It seems like just yesterday that the AstroWeb got cranked up, that amateur astronomy (like many other things) took to that new-fangled World Wide Web like the proverbial duck to water. In reality, it’s been, conservatively speaking, near-about fifteen years since the Internet became a big presence in amateur astronomers’ lives. Starting with things like Archie and Veronica (don’t ask) and the Usenet (if you are wet enough behind the ears to not know what that is, see the entry on s.a.a. below), and winding up with Mosaic and Netscape and that newfangled hypertext WWW, the ‘net and astronomy seemed like they was made for each other, and still do.

What brought this to mind? I was browsing a 1995 issue of my little Skywatch newsletter and ran across my (short) list of great Internet astronomy sites. After I got over chuckling about the quaintness of the list and my naïve speculations concerning the Internet, I decided it might be time for a re-do. Herewith are some—a few—of my favorite Internet venues:

Adventures in Deep Space
Do you like the deep sky? I mean the DEEP sky? Way beyond the Messier? Beyond even the NGC/IC? If so, Steve Gottlieb and Mark Wagner have the place for you. Their website, subtitled “Challenging Observing Projects for Observers of All Ages,” is just that. Herein, you’ll find guides to the sky’s dusty attic corners, plenty of observing lists, and challenges aplenty (the Aintno list is here). What’s so great, though, is that not only is there plenty of stuff, but that it is presented in a useful and well-written manner. Unless you live out in the southwest desert (or, like Unk, have a Stellacam), you may never get to see all—or even many—of these things, but it sure is fun to read about ‘em.
Andy’s Shot Glass
Another thing I like—nay, LOVE—is minimalist astronomy. As I’ve said a time or three, nothing tickles me more than gettin’ it on with a cheap Chinese scope, some Rini eyepieces, and an old Meade DSI and seeing how far I can push out into the Universe. Andy Raiford thinks the same way, and encourages that sorta philosophy with his website dedicated to “Astronomy and Astrophotography for Non-Gazillionaries.” There’s an awful lot to read and look at. Much of it is dedicated to doing astro-imaging on the cheap, but there’s plenty for the cheapskate visual observer, too, with features on ever’thing from polar alignment to Solar observing. I must also note the very professional design of the page. It looks great and has a lot of video and cool stuff like that. The video, unlike what you see on some websites, ain’t just gratuitous, either; Andy uses it wisely to demonstrate methods and concepts best done with that medium.
APOD
Yeah, NASA’s Astronomy Picture of the Day is a more a professional website aimed at the general public than an amateur astronomy page. Many of the images posted daily are taken by spacecraft and professional observatories. And the blurb at the top of the page, “Each day a different image or photograph of our fascinating universe is featured, along with a brief explanation written by a professional astronomer” makes it sound like this site, beloved of just about anybody with even a marginal interest in the Great Out There, is a pro-only NASA public relations enterprise. It started out that way, I reckon, but in recent years accomplished amateurs like Anthony Ayiomamitis have contributed a substantial fraction of the daily pictures. No, I don’t find every day’s pic of interest (how could anybody?), but such a substantial number are that I now have an APOD app on my iPod Touch and keep this wonderful site with me alla da time.
Astromart
What can you say? Astromart, now owned by Herb York of Anacortes Telescope and Wild Bird fame, is an amateur astronomy institution, and is a measure of how far the I-net has taken us since the days of a certain thin little pulp magazine, The Starry Messenger, which not too long ago was the only source of semi-current astro-equipment classifieds. ‘Course, some folks will say, “Well, yeah, Unk, it’s an institution, but who wants to live in an institution?”

Many, many s.a.a.ers decided the (usually) moderated and (usually) spam-free Yahoogroups were much preferable to the ungoverned (and increasingly weird) sci.astro.amateur, and deserted that uber bulletin board in droves. Is turnabout fair play? I dunno, but in the last couple of years, it appears to me Cloudy Nights has sucked some of the life outa Yahoogroups. Why? Most boys and girls I talk to like the paradigm of having all yer groups in one place and having the ability to jump easily from one to the next. Course, you can’t receive group messages as email as you can with Yahoo, but some folks don’t like that anyhow. Barring a major asteroid strike, though, I believe Yahoogroups will continue to be a daily fixture for me and for most other Internet aware amateur astronomers.
All miffed because you didn’t see your fave site here, are you, Skeezix? Don’t fret. I’m way out of space, and these only constitute the biggest of my biggies, and only those my bourbon soaked brain could recall at the moment. I am sure there will be at least a “Part II” to follow. ‘Specially if’n y’all help jog my memory as to what’s super-duper good out on the Web.
# posted by Rod Mollise @ 9:20 AM

Comments:
The reason why Cloudy Nights is generating so much traffic on their discussion sites is because their heavy handedness is largely accountable. They set out clear rules and continuously monitor the boards. When threads are locked or individuals get out of line, the participants are firmly but politely advised why there's a problem.

Contrast this with Astromart. Astromart creates forums that are specifically geared for heated discussion, and then expresses exasperation and dismay when folks actually engage in those discussions. And then randomly, banishes them, never responding to repeated inquiries.

How Astromart draws a line between "dealers" and "buyers" is also left as an exercise to one's creative imagination.

Astromart may still rule the roost when it comes to used equipment, but trend analysis clearly shows that CN is generating more and more traffic in their classifieds as Herb York alienates more and more of his previously loyal participants.

I'm sorry to hear about Starlord. I gave him an 8" Dan Joyce mirror and some other parts to construct his sidewalk scope when I realized it would take years to do it on his disability income. I left s.a.a years ago and never knew the maniacs got him.

Yahoo Groups has an advantage over CN in that there is often a higher level of expertise on the groups, and the topics are a bit more restricted. They also don't have the heavy handed net-nanny moderation of CN where everyone is expected to keep the level of discussion suitable for a 14 year old even though the average age is more like 50.

I recently did a survey of the most popular Astronomy forums:

Bad Astronomy/Universe today has the most users, but is broader in scope covering more than amateur astronomy. Many professional scientists post there.

As for Yahoo Groups, Phil Harrington's Telescopes Group is one of the larger ones, with 7,256 users.

I recently did a survey of the most popular Astronomy forums:

Bad Astronomy/Universe today has the most users, but is broader in scope covering more than amateur astronomy. Many professional scientists post there.

As for Yahoo Groups, Phil Harrington's Telescopes Group is one of the larger ones, with 7,256 users.

Well, there's also "Universe Today." It's a digest of astronomy news of various kinds, and is loosely connected with the Bad Astronomy website.