Issue #528: The Novice Files II: The Naming of Names 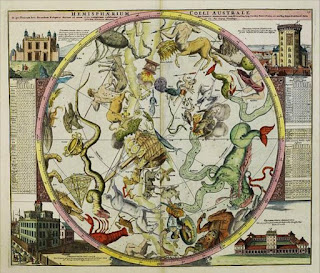 Last time in this series, we discussed the features of the great sky globe, its lines and points, things like the lines of right ascension and declination, celestial longitude and latitude. This Sunday, we begin talking about destinations in the sky, the objects those lines of declination and right ascension help us find.

The Naming of Stars is an Important Matter

Do you remember T.S. Eliot’s Old Possum’s Book of Practical Cats? No? Surely, though, you’ve heard of the famous musical based on it, Cats? Anyhow, Eliot informed us that every cat has three names. The same is true of stars. Every star you can see in the sky—and many thousands and thousands beyond those you can see with your naked eye—has (at least) three names.

Even if you’re the newest of novices, you probably know at least a few star proper names. You’ve probably heard “Polaris” (a.k.a. The North Star), possibly “Sirius” (the brightest star in the sky, “The Dog Star”), and very likely “Betelgeuse” (“Beetlejuice, Beetlejuice, Beetlejuice!”). You may also assume that’s how astronomers identify stars, by their proper names. While astronomers, amateur and professional, do tend to refer to a handful of brighter stars by their names, that’s about it.

Why is that? First of all, only a relatively few stars, maybe a couple of hundred out of the four or five thousand visible to the naked eye, have proper names. Also, most of the star names in common usage are of Arabic origin and are difficult for non-Arabic speakers to pronounce and remember. Sure, Betelgeuse is easy enough, but then you have Zubenelgenubi, Al Minliar al Asad, and Fum al Samakah. There’s got to be a better way.

There was, beginning with an alternative means of identifying stars devised by German astronomer Johannes Bayer in 1600. He hit on a star nomenclature system that was simple and elegant and is still widely used today.   Bayer dispensed with proper names and instead christened stars with lowercase Greek letters. Often, but not always, he designated the brightest star in a constellation as “alpha,” the second brightest as “beta,” and so on. Sirius in the constellation Canis Major, for example, is identified with the letter alpha and the Latin genitive of its constellation name, “Alpha Canis Majoris.” Simple, neat, elegant. 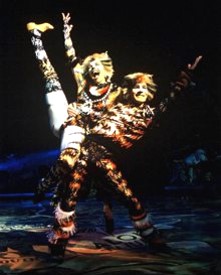 Unfortunately, there are serious problems with the Bayer Letter system. First, Johannes didn’t always stick to the “brightest star is alpha” rule. Sometimes, the placement of a star in a constellation was more important to him than its brightness. For example, Adhara in Canis Major is the second brightest star in its constellation, but because it is far to the south, he gave it the letter epsilon rather than beta. The most fatal problem for Bayer letters, however? There are only 24 Greek letters, so even a small constellation exhausts the alphabet in a hurry.

What’s the one thing you can’t run out of? Arabic numerals. That’s what occurred to 18th Century French astronomer Joseph Lalande as he was working with the star catalog (list) of British Astronomer Royal, John Flamsteed. The other idea Lalande had was to not worry about stellar brightness. In an age long before the development of photometers, it was often hard to tell which stars were brighter than others, especially considering that some stars, like Algol in Perseus, are variable—their brightness changes.

What Lalande did instead was to give each star in a constellation a number based on its right ascension, its celestial longitude. The westernmost star in Canis Major would be “1 Canis Majoris,” and the star just to the east of it would be “2 Canis Majoris,” and so on. Is Lalande’s system, which came to be called “Flamsteed Numbers” for the catalog he applied it to, perfect? No. Due to the effects of precession, the slow wobble of the Earth’s axis, which affects the coordinate system over time, some of Lalande’s numbers are now out of order. That is not a big deal, though, and today Flamsteed numbers are probably still the most oft-used identifiers of stars.

Proper names, Bayer Letters, and Flamsteed Numbers are the only designations stars possess, however. There have been dozens of star catalogs compiled in the last four centuries up to and including the Hubble Guide Star Catalog, which contains millions of entries, and even beyond that to catalogs with many millions of entries. So, many stars actually have considerably more than three names. 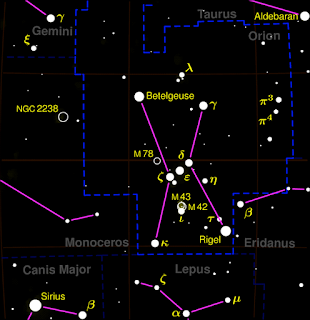 If you knew “Betelgeuse,” “Sirius,” and “Polaris,” you probably also know a few star patterns, “constellations,” or parts of them at least. Likely the Big Dipper (part of the larger constellation Ursa Major), and perhaps Orion the Hunter, who is prominent in the sky right now. And you probably know these constellations as often distinctive “stick figures.” The bright stars of part of Ursa Major seem to form a dipper or plough, Orion is the outline of a man complete with a belt and sword.

These constellation stick figures are useful, and even professionals employ them to orient themselves in the sky on the infrequent occasions when they have reason to look at the sky with their own eyes. Certainly, amateur astronomers use them frequently. They are an easy way to find objects—stars, planets, deep sky objects. The constellation stick figure outlines are informal however.

There are no official constellation stick figures. Designs for the constellation outlines range from the simple and elegant, as those in Sky & Telescope’s monthly star chart, to the strange and torturous ones drawn by children’s author H.A. Rey in his book, The Stars, a New Way to See Them in an effort to make the figures look more like the things they are supposed to represent (the usual stick figure of Sagittarius looks like a teapot, not an archer). There are official constellations, however.

A “constellation” as thought of by professional astronomers and most amateur astronomers is a different thing. It is not a stick figure. As shown above with Orion, a constellation in this sense is an area of the sky. Everything within the blue, dashed border is in the constellation of Orion whether it is part of his stick figure or not. These sorts of constellations are analogous to the counties on a state map. There is a combined total of 88 constellations in the sky’s Northern and Southern Celestial Hemispheres, and their boundaries were made official by the International Astronomical Union, the body that handles the naming of objects in astronomy among other things, in 1922. 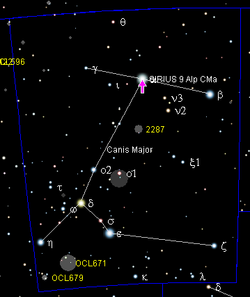 What’s a “deep sky object” (DSO)? We’ll save the minutiae of star clusters, galaxies, and nebulae for a future installment. Today, we’ll just talk generalities. Deep sky objects are those things other than single stars that lie beyond the Solar System: star clusters, galaxies, and nebulae. Some observers consider double stars to be DSOs, but most don't.

The basic amateur astronomer “life list,” the Messier catalog, composed by French Astronomer Charles Messier in 1781, and was, initially a listing of odd fuzzy things Messier saw with his small telescope (often a 4-inch refractor). The Messier is the place to start when you are beginning your exploration of the Universe outside our Solar System. Initially, Messier’s idea was to catalog fuzzy objects that could potentially masquerade as comets, confusing his fellow comet hunters.

The objects in Chuck’s list are commonly identified as M-1, M-2, etc. All are visible from the northern hemisphere, natch, with even the southernmost objects doable from mid-northern latitudes.

While the original goal of the M-list may have been to aid comet hunters, Messier soon went beyond that, including objects, like M45, the Pleiades star cluster, that surely no one could have mistaken for a comet. The M-list not only contains objects that Messier and his friends and colleagues saw, but those from other sources, including some, like the Orion Nebula (M42), that had been known for a long time. While Messier’s original list stops at M103, seven more have been added over the years by various people, with the “Messier” now widely considered to contain 110 objects.

The next person to compose a major deep sky catalog was the famous English amateur astronomer William Herschel in the latter part of the 18th Century. He and his sister Caroline cataloged a whopping 2500 faint fuzzies. While the Herschel Catalog is famous, it’s no longer in use. It was absorbed into the even larger NGC catalog developed by Herschel’s son, John and John Louis Emil Dreyer in the 19th Century.

While the most popular list of deep sky objects with amateurs after the Messier is the Herschel 400 list, a subset of Herschel’s catalog containing the 400 best objects for smaller telescopes, the DSOs in it are identified by their modern NGC numbers, not their old Herschel designations.

The New General Catalogue of Nebulae and Clusters of Stars (abbreviated “NGC”) is the bread and butter deep sky list for astronomers amateur and professional. The basic catalog contains 7840 DSOs total for the Northern and Southern Hemispheres. An addition to the NGC, the two-part Index Catalog (IC) published by Dreyer in the late 1800s, brings the final NGC object tally to 13,226 DSOs. NGC objects are identified with "NGC" or "IC" and a four digit number following a space, "NGC 7331," for example. While technically considered part of the NGC the IC catalogs' numbers begin with IC 1. 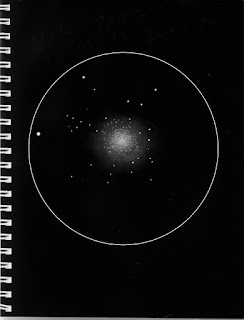 While many NGC objects are, yes, dimmer than Messiers, and new amateurs can be a bit skittish about diving into the bigger list, not all its objects are tougher than the Ms. There are plenty of showpieces Charles Messier missed. For example, the spectacular galaxy NGC 253 does not appear in the M-list. All the Messier objects also have NGC numbers, by the way. M31, the Andromeda galaxy, for example, is also NGC 224. How about the IC? Most of them are indeed tough. Oh, there are some easy IC open clusters, but most of these catalogs’ DSOs are faint and difficult “photographic” subjects.

There are plenty of other catalogs besides the Messier and NGC. Most are specialized like the PK catalog of planetary nebulae or the Collinder catalog of open star clusters. Some, like those two, are in common use by amateurs. Others like the PGC and UGC catalogs, which contain millions of faint galaxies, are only used by those of us with the largest telescopes or most sensitive cameras.

And…I think we’ll stop right here. The next “lesson” will concern star charts, and will, like the first installment, be a lot for Joe and Jane Newbie to bite off and chew in one sitting. When will that come? As before, it depends on the weather. I currently have a telescope set up in the backyard, but it is sitting under layers and layers of thick, nasty clouds.

Comments:
Again, thanks a lot for this. I like the very concise approach you have taken here to introduce people with some of the basic concepts around the astronomy jargon. Usually whenever I go about searching online to understand something I end up having to read extremely technically and detailed wikipedia pages. A lot of times I simply give up. Most of all, organized information is a lot easier to digest.